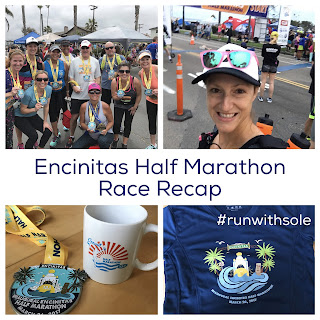 This past weekend was the inaugural running of the Encinitas Half Marathon. This new hometown race is sure to be a favorite among both locals and visitors. The race directors really hit it out of the park on this first outing. Granted, this isn't their first stab at directing races. They also put on the Surfing Madonna Beach Run, which is run on sand starting and finishing at Moonlight Beach in Encinitas. In fact, that race has grown so much and gained so much in popularity, it wasn't surprising when the same race directors announced the new Encinitas Half Marathon last year. And after it was announced with a very low early-bird registration fee, everyone jumped on it, including me. Adding more reason to run this race is knowing the organizers donate a large amount of race proceeds to local charities, which is something very few organizers do. They keep the local race money within the community and it's awesome.

I also wanted to coach a training program for this race through the YMCA. Thankfully the higher ups were on board and the 12-week program launched in January. We met each week at the race start/finish and basically ran every inch of the race course each week. We also discussed nutrition, hydration, recovery, strength training, foam rolling, injury prevention and so much more. This was a really great group of people and I loved coaching them.

After 12 weeks of training and major build up for the race, race weekend was finally here. The expo was held in the parking lot of Moonlight Beach both the Friday and Saturday before the race. If you couldn't make it to the expo to pick up your packet, you could pick it up race morning for a small fee, which is nice for folks that aren't able to get there in time. The packet was a burlap bag filled with tons of goodies including popcorn, Clif bars, Kashi, Biofreeze and more. 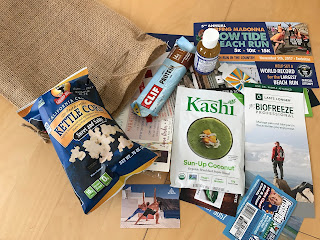 The shirt was also pretty nice. The shirts were navy short-sleeved shirts and the women's had a v-neck, which is always appreciated. I don't like getting shirts that are unisex or small men's shirts because they never fit right and I never wear them. I know I'll wear this one. 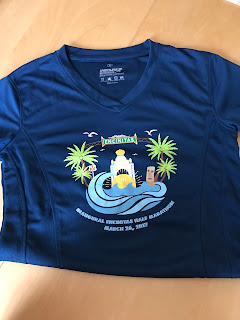 At the expo, tents and tables of various sponsors were there offering samples and materials. I spent most of the time at the Movin Shoes tent. They were not only a sponsor of the race, but they helped my program out big time. They offered a discount on new shoes for every participant, they set up a water stop during one of our runs and just were so supportive of everyone. They really want everyone to be successful and I love working with them.

Finally, race day arrived. It was a cool, overcast morning and I was hoping the weather would hold. It was perfect running weather. I made my way to the start where I met a ton of friends at the start, including my girl Smitha and the wonderful women from the San Diego Moms Run This Town group. I also met up with a fellow InkNBurn ambassador, Debbra, which was awesome. Then all the runners from my group arrived and we got in line for the race. I don't typically run the races for which I coach a group but I registered before the group details were finalized and figured I would just run with them and stay with anyone that needed me.


We decided as a group to stay together for the start and placed ourselves back in wave 3. This way, we could at least all start together. There were 4 waves, starting about 90 seconds apart. We didn't have to wait too long, as in some other races with wave starts. Once the race started, the group dispersed and everyone found their own groove.


The race course had us starting at the top of a steep hill, which we knew about, but was still jarring right at the start. Then the race spilled out onto Highway 101. The entire road was closed in both directions, which is always a nice treat. We headed north about 2.25 miles and turned around, ran south, passed through the race starting area and headed through the neighborhoods of coastal Encinitas, but not before climbing up the hill we originally ran down at the start. But since we ran that hill several times in our training, we were prepared.

We then spilled back out onto 101, heading south. We ran through Cardiff and into Solana Beach. At about mile 8.5, one of my runners had a bad hamstring cramp. I stayed with him, pushed fluids and, thankfully, it worked itself out. I stayed with him through the rest of the race to be sure he was ok. And he was!

Anyway, around mile 9, we turned back around when we got into Solana Beach and headed north back to Moonlight Beach for the final 4 miles of the race. At about mile 12.25, there's another hill heading back into the neighborhood and most people were walking. Even though we trained with these hills, they were still pretty tough on race day. But after that final hill, it was smooth sailing home.

There were plenty of aid stations along the course and because it was out-and-back in several places, you hit some of the aid stations more than once. I will say there was some confusion as to where electrolytes were along the course. The race had both Ultima (my favorite) and Hyburst, a new local sports drink company. But even with two different drinks available, they weren't at all the aid stations they were supposed to be, according to the race materials. But this is why I always carry my fluids with me. Thankfully I had the OrangeMud Hydraquiver Vest Pack 2 with me. I was able to give my runner some fluids (Ultima, of course) as well as have enough for myself. It was a lifesaver for him!

As a side note - if you go to the Ultima website, you'll see a pic of my group with the awesome sample packs they sent us. Ultima rocks! It was so helpful to train with the drink that was on the race course!

The race finish was in the parking lot of Moonlight Beach. I will say, if I had to complain about something, it would be the finish area. It was pretty chaotic and hard to find anyone. Though, I did meet up with another InkNBurn ambassador, Sarah :) There was some oatmeal and finisher's mugs being handed out, and the lines were super long. But in all honesty, most races have chaotic finisher areas and it's pretty hard to avoid when you have 100s of people finishing at the same time. I will say the oatmeal was worth waiting for as it really hit the spot with granola and honey! The finisher's mug is super cute and they were filling them with hot chocolate, though I didn't try to get any. There was also plenty of water, bananas, coffee and electrolytes available at the finish area as well. Not to mention the enormous medals they handed out upon crossing the finish line. They really did take care of the finishers with food and swag.


This was a great local race and I definitely plan on running it again, if I'm not coaching a group. Or maybe I'll run with the group again as that seemed to work out well. I just really enjoyed the atmosphere and how it really brought the community together.

Do you have a local race you love? 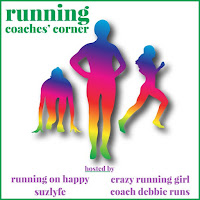 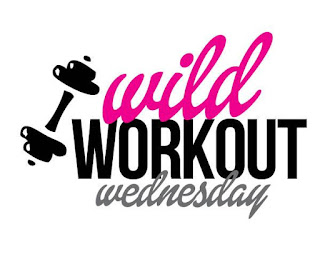