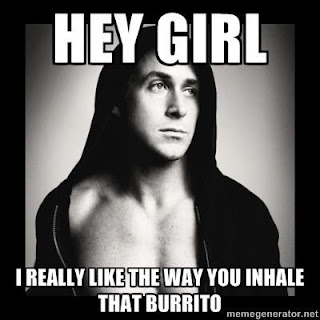 It's the last Friday of the month! You know what that means...it's time for another edition of Runfessions, where we runners "runfess" all of our running- and fitness-related indiscretions during the month. It's time to wipe the fitness slate clean, so to speak.

Before I continue, I'm linking up with Marcia's Runfessions link up over at Marcia's Healthy Slice. Head over there when you're done here!

1. As you know, I ran the PCT 50 a couple of weeks ago. I gave myself a week off of no running whatsoever for the week after the race. The runfession here is that it was the most blissful week ever. I didn't miss running. At all. It was the typical busy week with work, so it was actually nice to not have to fit in my runs somewhere. I didn't feel restless or anxious or anything. It was heaven! 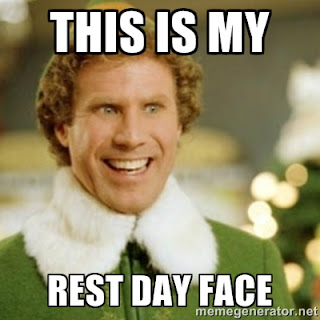 2. In addition to not running, I kind of gave myself the liberty of eating everything in sight in that week after the race. I kept telling myself, "I just ran 50 miles, I need to replenish." And while that is partly true, I went just a tad bit overboard. For like a week. While this wouldn't be so so so bad if I was running, I wasn't, so I felt a little sloth-like by the end of the week. But I'm gathering myself together and getting back on track :)

3. In getting myself back on track, I've written my training plan for my next big goal: the Cuyamaca 100K in October. I have to admit that I'm really worried and somewhat concerned about this race. I had so much trouble fitting in all of my workouts leading up to PCT 50 that I'm scared I'll have the same issue for this one too. And it's a longer race (62 miles!) so I can't really slack on training unless I want to either a) not finish within the cutoff time or b) fall off the mountain.

4. This weekend is the Vista Strawberry Festival which has a 5K, 10K and several kids races. We've done the kids races every year. And this year my oldest and I are doing the 5K together. This isn't his first 5K but it's his first in a long time. He said he wanted to do it, so I registered him for it. But it's been like pulling teeth getting him to actually train for it. This makes me a little sad because he's such a great runner and I have to admit that I want my kids to be runners. I haven't pushed or forced him but I also don't want him to hurt himself. He's an active kid, so I know he'll ultimately be ok. But I'm sad that running isn't something he really likes much and that kind of hurts me a little :( I guess we'll see how things go.

5. As I mentioned a million times on here, I've been doing a yoga challenge for the month of May. I have loved every darn minute of it and it's really brought back how much I enjoy doing yoga. I'm really sad that the challenge is ending on the 31st and now I don't know what to do with myself. I know this isn't really running related, but I think bringing yoga back into my life has kind of centered me a little and allowed me to destress in a different way than running does. And this really helped me be open to start running again this week (after my week of gluttonous recovery). I feel excited to fit this back into my training but I do feel sad the challenge is ending. I need to find a new yoga challenge for June. Or make one up myself.

That's about it for May. How about you? What do you runfess this month?
Posted by Run with Sole at 8:43 PM