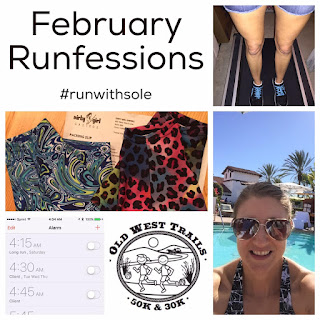 Double Whammy Friday! It's the last Friday of the month, which means it's time for Runfessions blog link up, over at Marcia's Healthy Slice. This is a chance for all us fitness enthusiasts to admit our fitness indiscretions, if you will. Because we're all human and stuff and it feels good to let it all go instead of mentally beating ourselves up.

And, since I'm releasing five runfessions, I'm linking up with the Friday Five link up hosted by Courtney at Eat Pray Run DC, Cynthia at You Signed Up for What and Mar at Mar on the Run. Check them out when you're done here!

Ok, for the month of February...this is what I runfess:

1. My good friend, Lynne, was here in the beginning of the month and it was a great visit. Well, it was supposed to be a great visit. Lynne is a CPA and comes out here to visit right before the really crazy part of tax season begins. But her visit coincided with the 80th week of sickness in my house. My girls have been sick on and off since before Christmas and I thought they were in the clear before Lynne got here. But they weren't. And they were home from school most of the week Lynne was here and even she was under the weather a bit during her stay. I felt so bad. But her last day here the hubs took the day off and we were able to spend the day relaxing at the spa and then gorging ourselves at delicious sushi for dinner. Her last night was great, so at least I redeemed myself. But in the process of having such an awful week and then wanting to spend as much time together (and away from the sick house), I skipped my long runs that weekend. I got some mileage in for my run streak, but I didn't do the mileage I was supposed to do. Oh well. 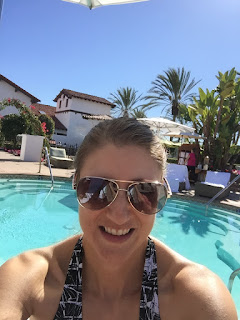 2. Speaking of the run streak, I don't really love it. Well, I do and I don't. I think it's been helpful in recovering from some of my races (I've been streaking for 2 months, so that included streaking around my 50-miler in January and the LA Marathon a couple of weeks ago). But I also forget about it and remember late at night and need to hop on the treadmill for a mile or two before bed. I know this doesn't sound like a big deal, but at 9:00pm, I want to go to sleep. Not run on the treadmill. So we'll see how much longer I will do this run streak. I like the concept of it but it's pretty hard at times to keep up with! 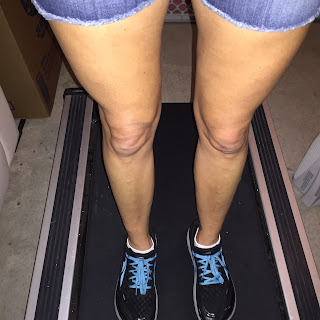 3. I am a clumsy person. That's really nothing new. But I took the clumsy to an all-new place when I tripped over a laundry basket left at the bottom of the stairs. It was dark and I was getting ready for a pre-dawn run, so I didn't have any lights on. I went to use the bathroom, which is on the other side of the stair case. When I came out of the bathroom and rounded the corner of the stair case, I apparently forgot the basket was there and ran into it. I had to stifle my screams but I definitely cried. That thing hurt!! 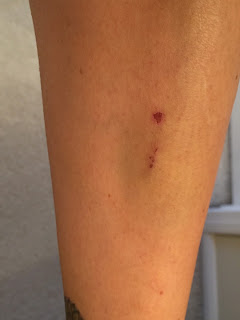 4. I signed up for the Old West Trails 50K race the day after my girls' birthday. Technically, I scheduled my girls' birthday party on Sunday so I could run the race on Saturday. You may remember the guilt I had over this in last month's Runfessions. I still feel really badly about it. But I won't be leaving them on their actual birthday and I'll be going up to the race the day after and back that night. I'll be with them for the entire next day, which includes their party. I don't know why I feel badly about this. But I do. Mommy guilt. The struggle is real. 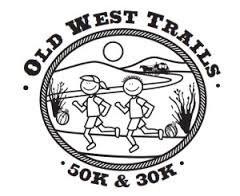 I did win a pair of gaiters from the race director of Old West, so that's the good part! Dirty Girl Gaiters offered some free pairs to race registrants and Vanessa and I both won! I couldn't decide between two pairs, so I got one for free and bought the other. Score! 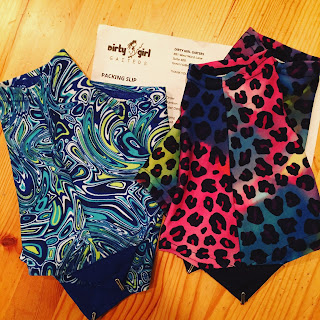 5. I am tired this month. My schedule has been pretty crazy with a lot of early morning clients and my own running. I wake up before 5:00am 5 days a week and before 6:00 on one of the other days. That leaves just one day a week where I can sleep as long as I want, but that usually means 6:00 or 6:30am. UGH. And since I have pretty bad bouts of insomnia, that doesn't always happen even if I do get the chance. So I'm runfessing that I sometimes wish my clients would cancel an early morning session. Does that make me a bad coach/trainer? I LOVE my clients but sometimes I wish I could sleep a little bit more often. That is all. Maybe that's also why I skipped my long run earlier this month. I just wanted some sleep. Is that so bad? 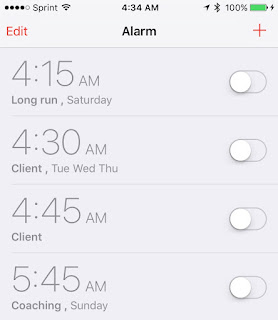 Thanks for the opportunity to cleanse my sole! What do you runfess?
Posted by Run with Sole at 6:30 PM