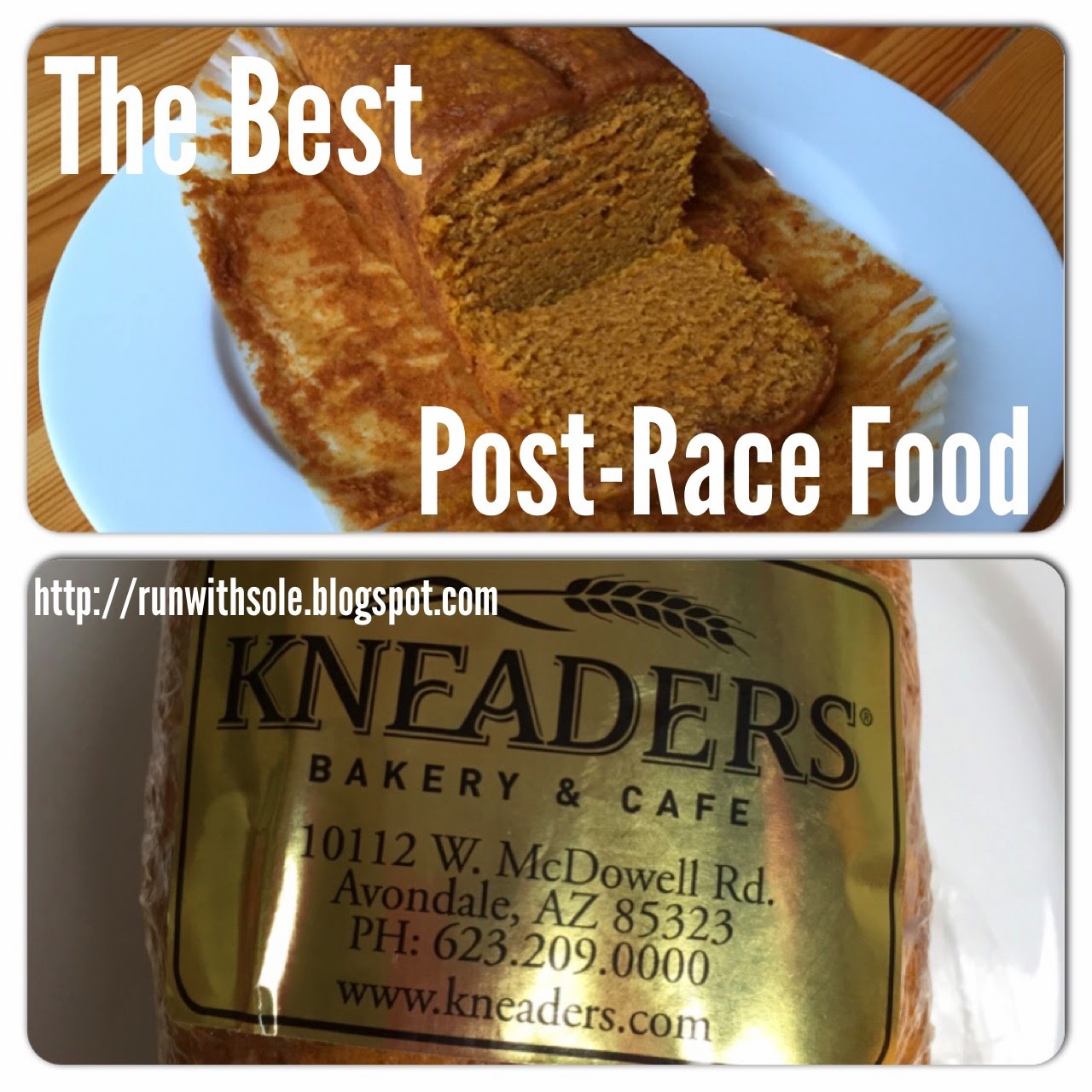 Bagels, bananas, chocolate milk, beer, pizza...these are some of the items you'll see in the post-race food area once you've crossed the finish line. A lot of times these foods are really dependent on the sponsors of the race and what organizers can get on the cheap. Some items are great, some not-so-great. In my race dreamland, here are the things I would love to eat after a race. Thankfully, many races have these items now and I am truly grateful. There is nothing like going all out in a race and having your favorites at the end. If you're here from the Tuesdays on the Run link up hosted by My No-Guilt Life, MCM Mama Runs and Run the Great Wide Somewhere, welcome!

Coconut Water. Coconut water is definitely an acquired taste. I don't actually love it, but I do love what it does for my body. Coconut water is a great blend of sugar (though less than what you'll find in sports drinks) and electrolytes such as sodium, potassium and magnesium. It helps hydrate you and balance your electrolytes. This can help prevent post-race soreness. I'm not a huge fan of the coconut drinks with added things, such as protein. That's a little more processing than I'd like. Give me just the good, old fashioned coconut water and I'm happy.

Fruit. Fruit is a great post-race food because it's a great source of easily digestible carbs to help replace what you just used to power your race. Fruits are also high in antioxidants which can help with inflammation and help speed your recovery. My favorites are bananas, oranges and watermelon but I also love berries. I'm not a huge fan of apples or pears because they're a little hard on my stomach after a race. But fruit is light, juicy and cold, so it's really refreshing after a race.

Hummus and Tomatoes. I know this sounds odd. It is odd. But a few years ago friends and I did the Zooma Annapolis race and one of the items they had was a little single-serve hummus with cherry tomatoes. It was a horribly hot and humid day and for some reason that hummus and tomatoes really hit the spot. Just the right amount of carbs and protein plus it was cold and refreshing.

Pumpkin Bread. Ok, this one is a little specific to the race we just did over the weekend. We did the Phoenix Marathon and it was my job to make sure everyone finished! It was a tough race for one of my friends and we were out there a little longer than I expected. Needless to say, I was starving at the end. At the end of the race, there was a local bakery called Kneaders with breads and muffins. Their pumpkin bread was to die for. It was light and delicious and not super dense, so it didn't sit like a rock in my stomach. After scarfing down several pieces, I had to leave the table or I would have eaten the entire loaf of bread. But after a few minutes, I needed more. I went back to the table just in time as they were giving away entire loaves of pumpkin bread. It was my lucky day as I was able to snag one right before they ran out! YUM! My kids and I have since eaten almost the entire loaf as a snack. In one morning. Oh well. I have to see if they can ship me more!

Sandwiches. After the Noble Canyon 50K, they had subs for all the finishers. They did this after the Griffith Park Trail Marathon as well since Whole Foods was a sponsor. There were cold cut sandwiches as well as veggie sandwiches. Honestly, there's something really comforting about eating a big sub after a long, hard effort. The bread and veggies are really yummy and exactly what I feel like eating.

After I'm home from a race and my hunger fully sets in, I'm a little less discriminating with my food choices. The longer the race, the larger my appetite. Lately, my later-post-race food cravings have been noodle-related. I love diving into a huge bowl of some noodle concoction such as Lo Mein, Pad Thai, Drunken Noodles, whatever. The saltier and noodlier the better :)

What are some foods you LOVE after a race? Do you like the traditional bagels and bananas or are there more unusual items that you're craving post-race? What about later in the day? What do you crave the most?
Posted by Run with Sole at 5:37 AM