Unless you live under a rock, you've heard about the hub-bub over tutus this past week. While on the surface, it seems silly. But there are much greater issues here.


It all started when SELF Magazine contacted local San Diegan Monika Allen to ask permission to use a photo of Allen and friend and business partner, Tara Baize, in tutus as they ran the LA Marathon last year. Allen granted the magazine permission. Fast forward to this week when the April 2014 digital edition of the magazine was published online. In the column "BS Meter," appeared the photo of Monika and Tara with the caption:

"A racing tutu epidemic has struck NYC’S Central Park, and it’s all because people think these froufrou skirts make you run faster. Now, if you told us they made people run away from you faster, maybe we would believe it."

When Allen saw the article she was understandably upset. Not so much because they made fun of her, which did bother her, but because she was misled as to how her photo would be used.

As it turns out, Allen lives with brain cancer. She was diagnosed in 2012 with an inoperable tumor. She ran the LA Marathon during her chemotherapy treatment. Those superhero costumes? They're symbolic of all Monika was and is going through. She's a Wonder Woman. And the tutus she and Tara were wearing, they made themselves as part of their company Glam Runner, which donates money to local awesome charity Girls on the Run of San Diego. To have all of that slammed on a national level, and in print, is humiliating. And downright mean.

NBC News San Diego got hold of the story and let the world know what was going on. As you can imagine, the response was not so great for SELF. GREAT for Monika, Tara, Glam Runner and Girls on the Run. SELF editor, Lucy Danziger did issue an apology but it was probably as insincere as you can get. After that was laughed at by most, if not all, of the general public (Monika included), SELF actually spoke with Monika, issued a more sincere apology, and promised to remove the "BS Meter" column from future publications of the magazine. While this is a start, it doesn't get at the root cause of the issue, which was the blatant misleading of Monika in the use of her photo. Cancer patient or not, it's a mean thing to do to anyone. 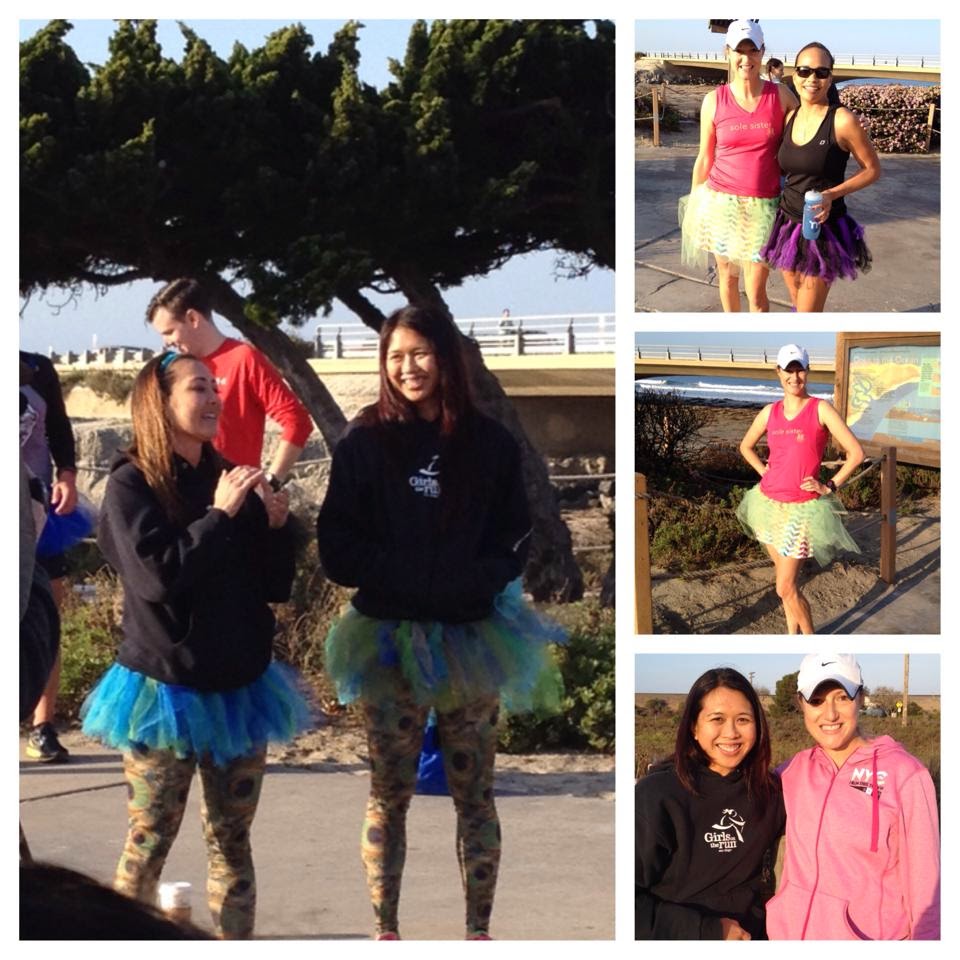 And now it's time to change the conversation. It's about empowering each other to do, feel and act in any way we want. In doing so, this past weekend, we all took part in a tutus rock run to celebrate our strength as runners, the ability to wear whatever the hell we please while running, and to support Tara and everyone and everything that she stands for. I had the pleasure of meeting Tara and some of the Girls on the Run board members and staff. They are truly great people. It was an inspiring morning and I'm glad I was able to be a part of it.